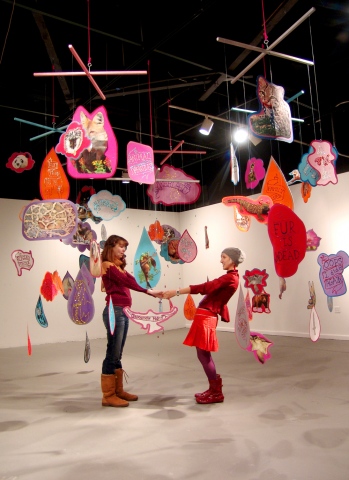 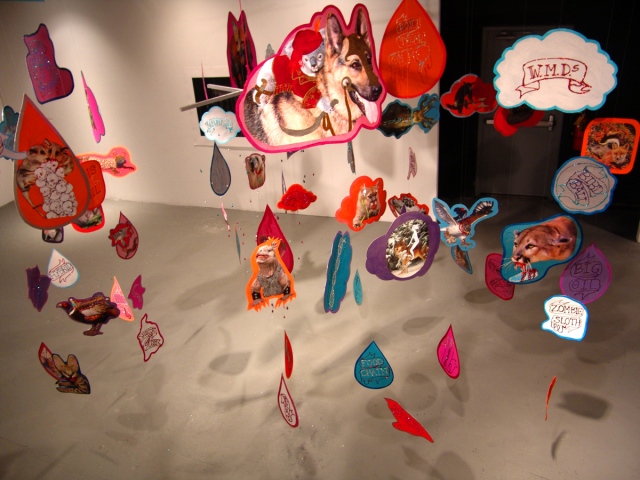 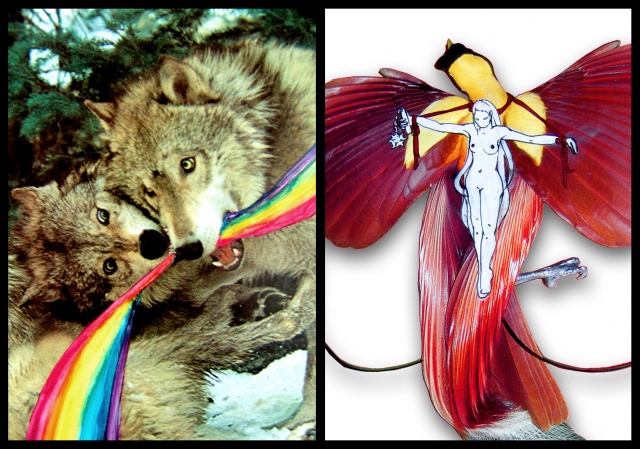 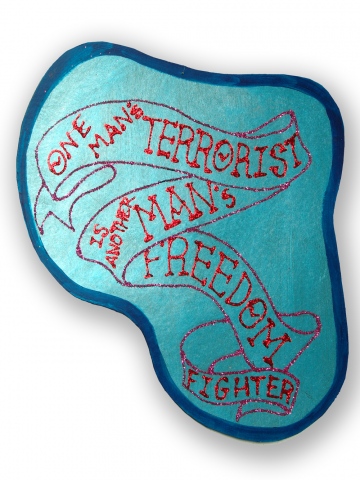 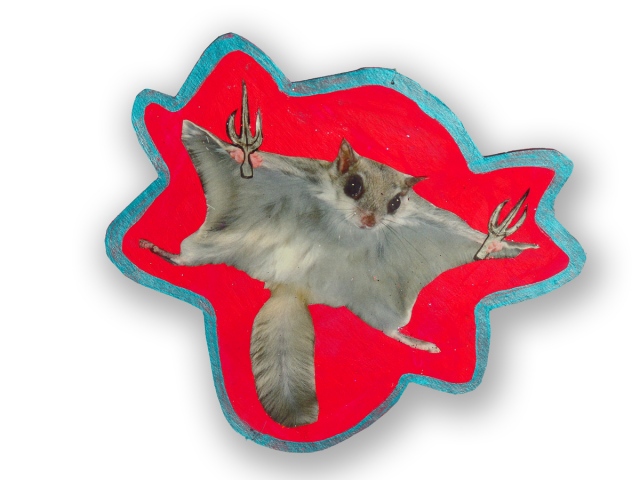 Artists Molly Schafer & Jenny Kendler invade and conquer with the help of an organized animalian military. The work began as an installation project: an enormous 20 ft wide mobile that evolved into a propaganda video showing the uprising of the Animalian Army. Each hanging piece depicts an animal warrior on one side and a slogan or battle cry on the other.

In their dually-conceived fantasy world "Rise UP!," artists Jenny Kendler and Molly Schafer invade and conquer with the help of an organized Animalian military. Schafer and Kendler work as collaborators in an ongoing mission to explore the ideas that separate and integrate Nature & Culture. These past efforts and future plans include installation work, collaborative drawings, paintings, and multiple video freak-outs.

Their project confronts the viewer, demanding allegiance to one side or the other, asking "Are you with us or against us?" Political language adopted from the War on Terror mingles with that of fantasy novels, online furry culture, and pop-slang to create a language all its own.

Inspired by imagery from a time in their youths when endangered species were a popular design choice for notebooks and t-shirts, combined with the collected rage of living creatures man-handled and wronged by the dominant culture --- Rise Up! uses the language of science and girl power to show that all is not right in the world of others.

A bobcat and a girl with a spear wait together to attack. Red wolves fight over a rainbow. A victim of habitat loss, a pheasant carries a catapult operated by two warrior women, while zombie sloths and blood-lusting chipmunks devour. Who is predator and who is the intended prey? Using pen, paint, costuming, video, and the pages of vintage International Wildlife magazines, Schafer and Kendler combine fantasy and reality to navigate a new revolution.

"Calling all members of the Animalian Alliance! It's time to RISE UP and put an end to atrocities committed in the name of human beings' so-called progress. Rise up! Don't allow commodity culture to destroy the beauties of our world!

Fight fire with fire, adopting the enemies tools to destroy him! Antelopes shall be peaceful grazers no longer, claws and horns shall be sharpened, and the lion shall fight beside the lamb!

Sleeper cells are mobilizing as we speak, in zoos and farms across the nation! Leave no office building unburned, no military base intact! Recruit supporters and spread the word!

The only good human is one who is unafraid to recognize their own animal nature. Locate and protect these valuable allies in the world of men. They are our allies in protecting the beauty and diversity of our precious Earth --- our only home! For the others, no mercy! Rise up! Rise up!"

- excerpted from The General's 'First Day' speech, which was broadcast worldwide via bird couriers to all the the Animalian Leagues & Nations