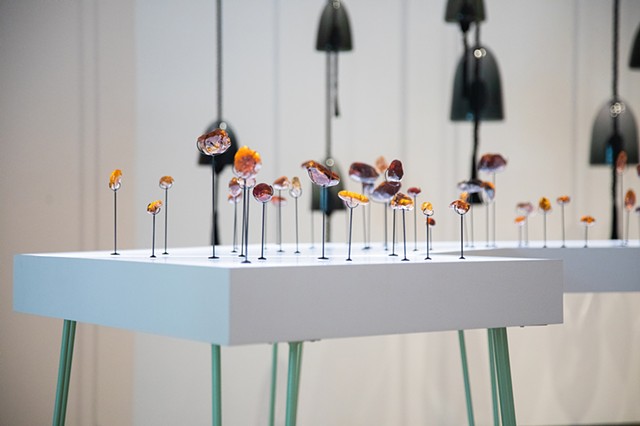 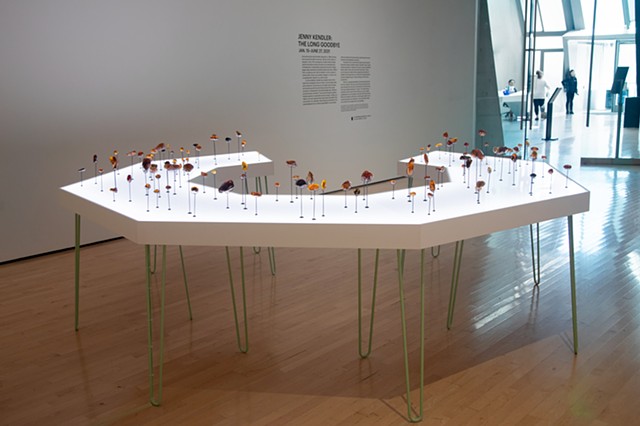 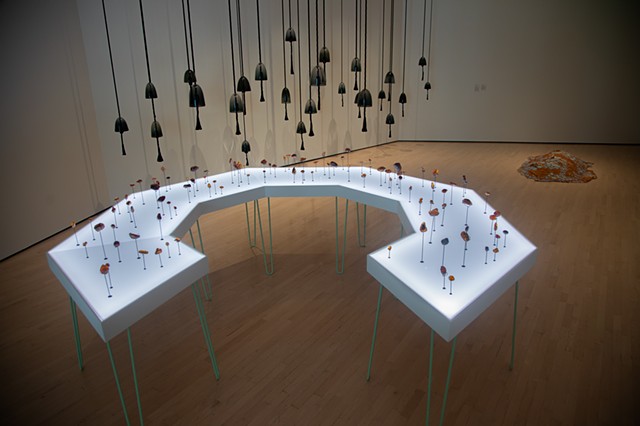 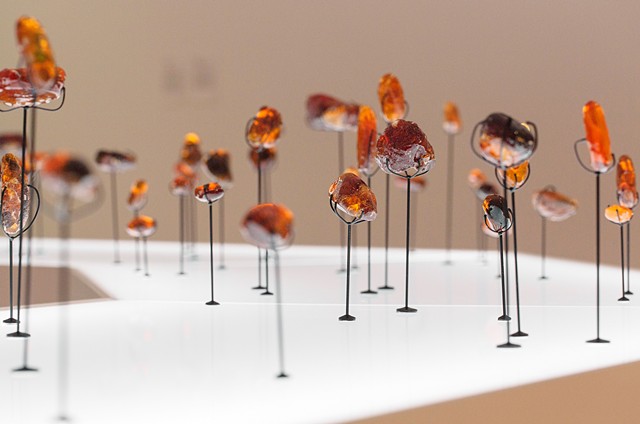 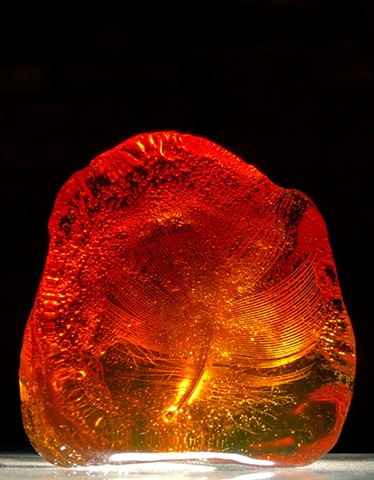 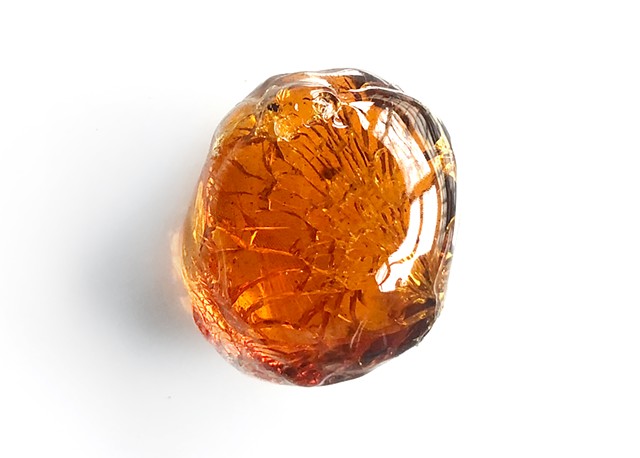 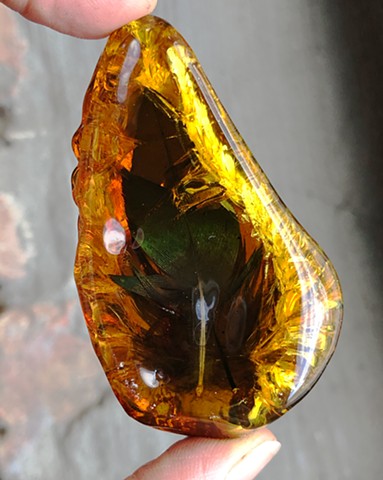 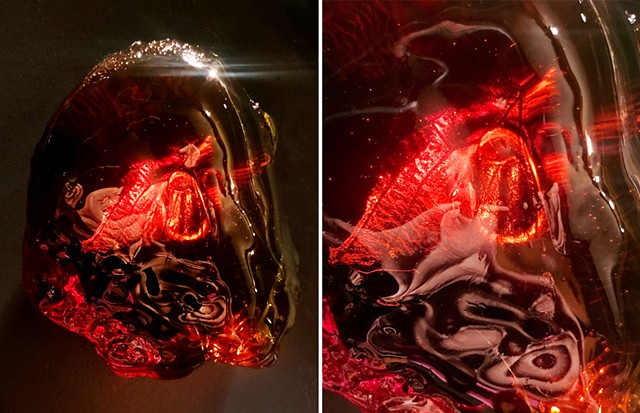 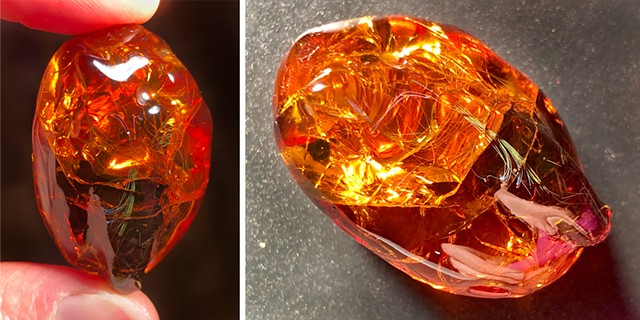 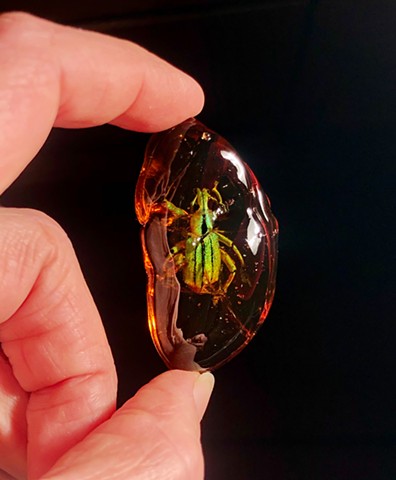 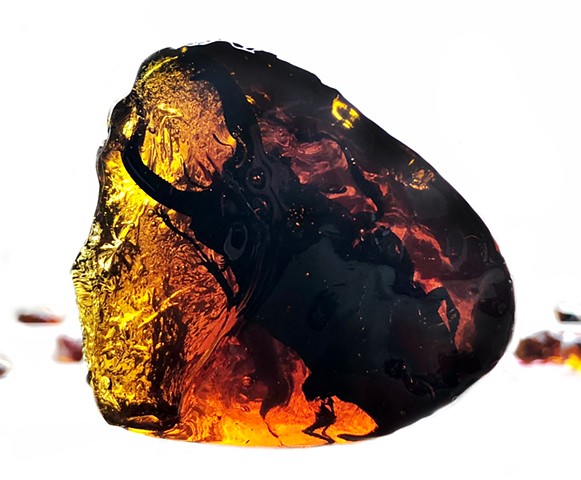 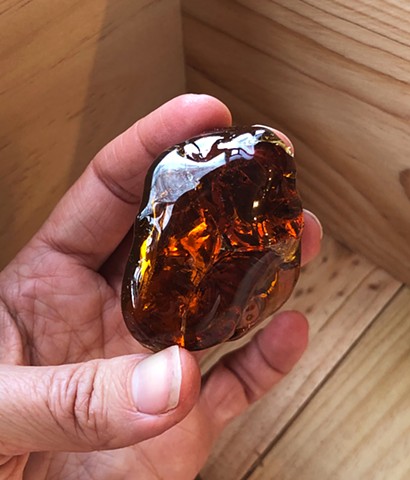 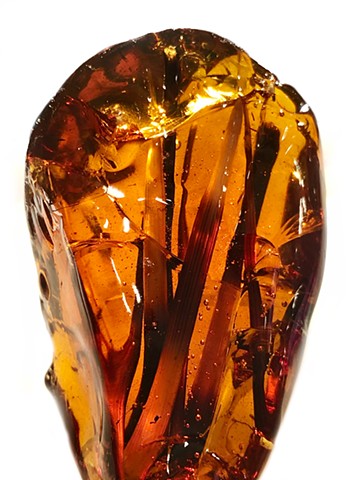 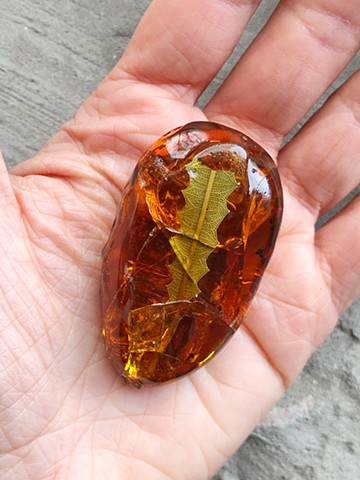 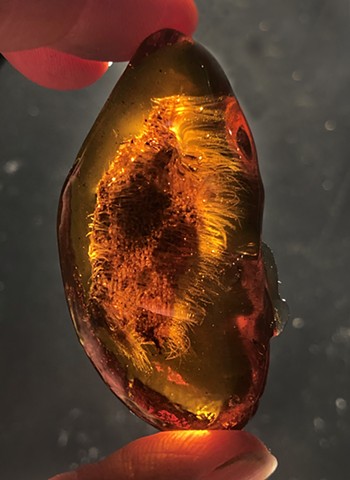 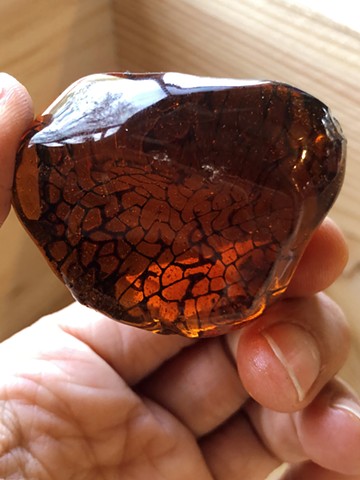 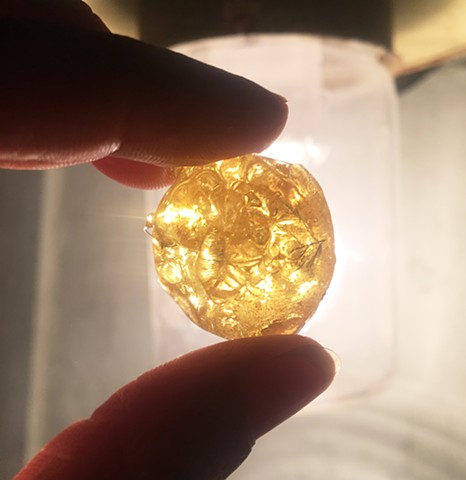 The Amber Archive is an in-progress project—a genetic ark or "deep archive" of our planet's bio-genetic wealth.

Each created amber nodule contains a fragment of a species threatened by humankind’s transformation of Earth’s ecosystems, preserving a single species's DNA for millennia to come.

Fur, scale, leaf, bone, feather, insect wing—each carries a genetic code which might be used by scientists at the appropriate time—in some far future when habitats and resources are available for de-extinction of potentially lost species.

The Archive is a biodiversity time capsule for a world generations hence, and a potent reminder to us today of what we stand to lose in the Sixth Extinction.

Though a number of fantastic cryobanks at research institutions exist with similar goals, their high tech deep freezers rely on large amounts of electricity. Were a climate event, pandemic or major conflict to disrupt the electrical grid for a long period of time, these DNA samples would be irrevocably lost.

The Amber Archive seeks a more analog and more ancient method of preservation—one that could survive the potential collapse of Western Civilization and carry these genetic treasures into the far future where there may be a culture willing to, once again, make space on our planet for these marvelous others.