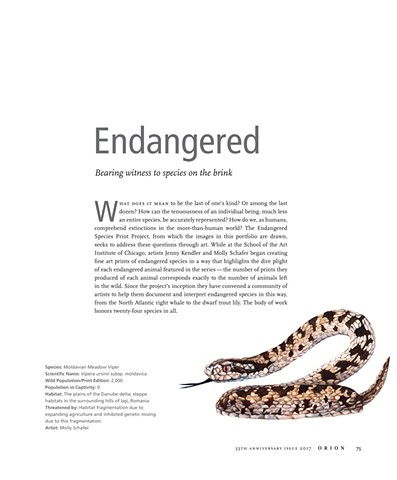 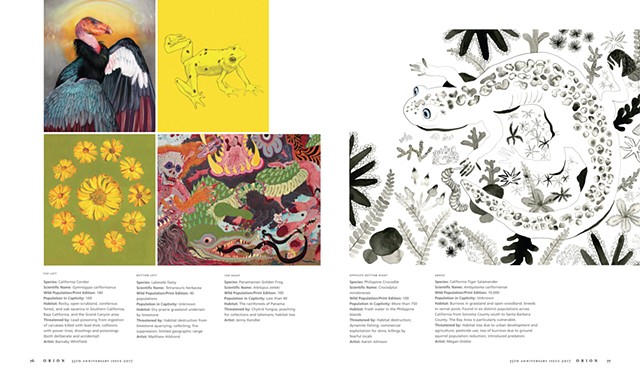 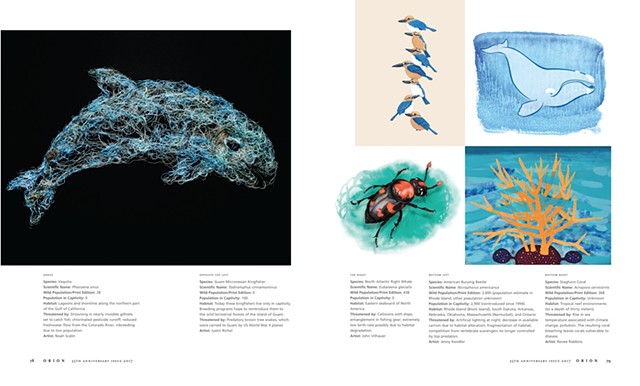 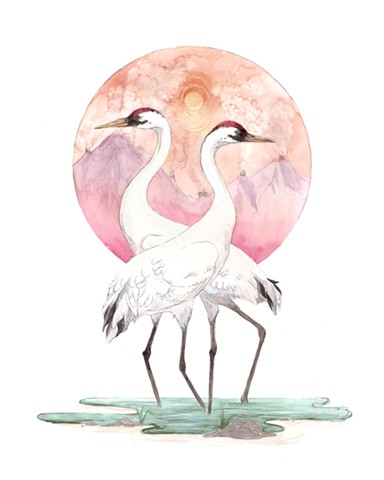 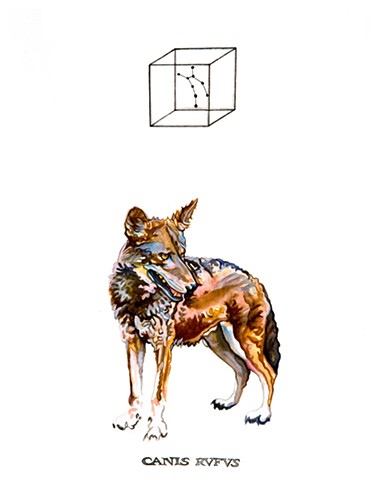 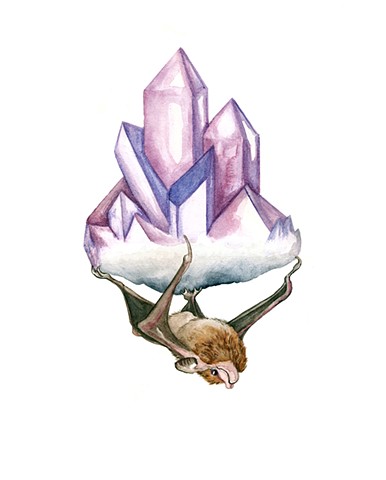 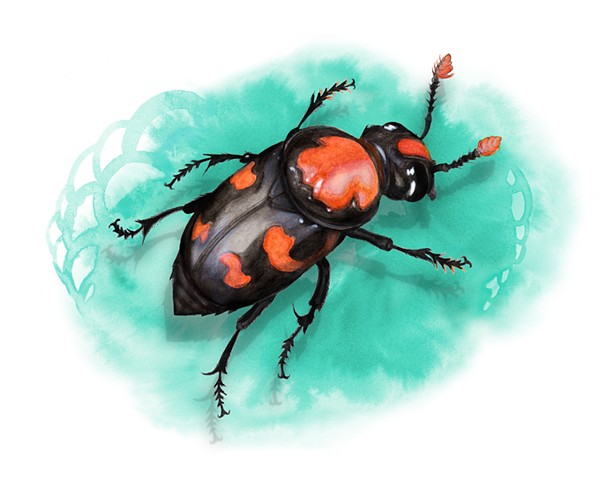 The Endangered Species Print Project was a collaborative project which raised funds to support the conservation of critically endangered species through the sale of limited-edition art prints.

The number of prints available depended on the number of plants or animals remaining in a species. For example, only 45 Amur Leopards remained in the wild at he time of the print creation, so the edition for the Amur Leopard print was only 45.

ESPP was a project by artists Molly Schafer and Jenny Kendler and raised over $15,000 for conservation. The artworks, created by collaborating with 16 other artists, and supporting over 20 different species/conservation teams, toured the world, were featured in a 6-month long exhibition at The Peggy Notebaert Nature Museum, and were the subject of a 5-page spread in the 35th Anniversary Issue of Orion Magazine.

Under the ESPP moniker, Kendler & Schafer also created the first series of art for The Endangered Species Condom Project, an initiative to raise awareness about the link between population growth and endangerment. Over 450,000 endangered species condoms featuring Kendler & Schafer's artwork were given out nationwide, the project was the winner of 2 Addy Awards and was featured in the New York Times and on a billboard in Times Square.