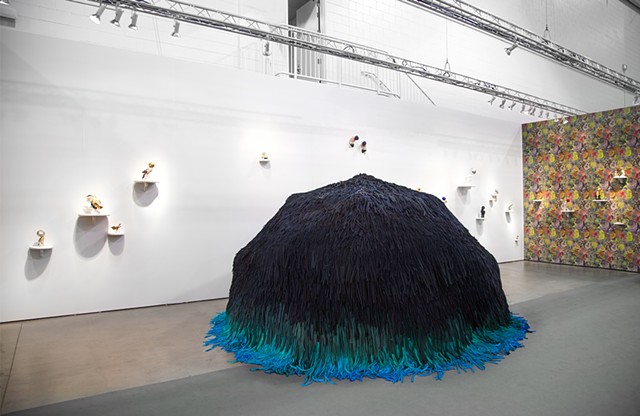 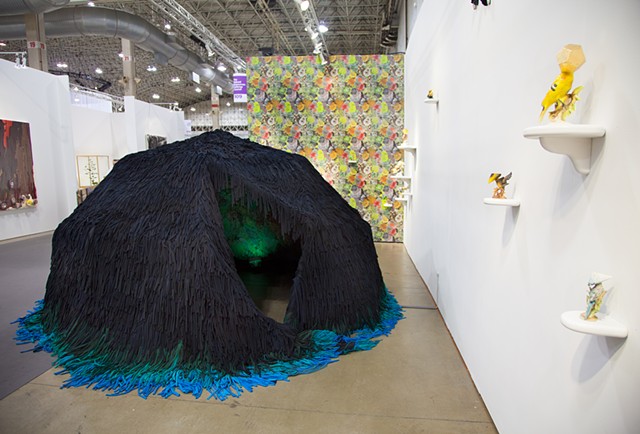 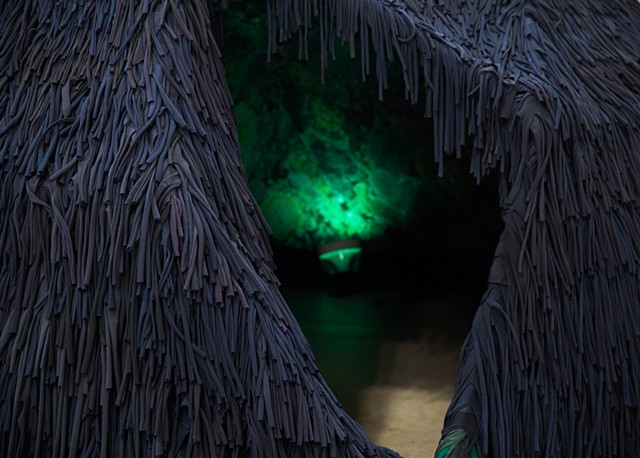 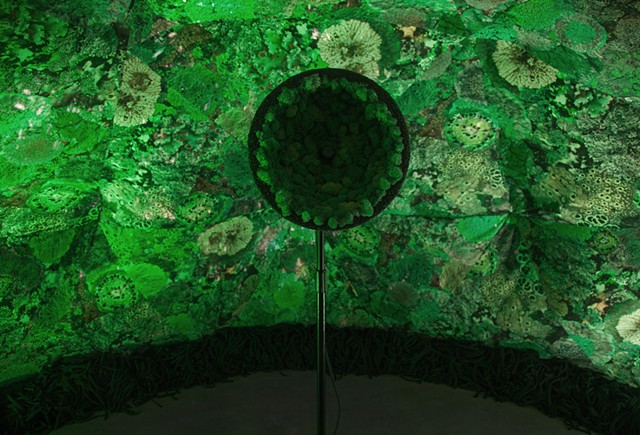 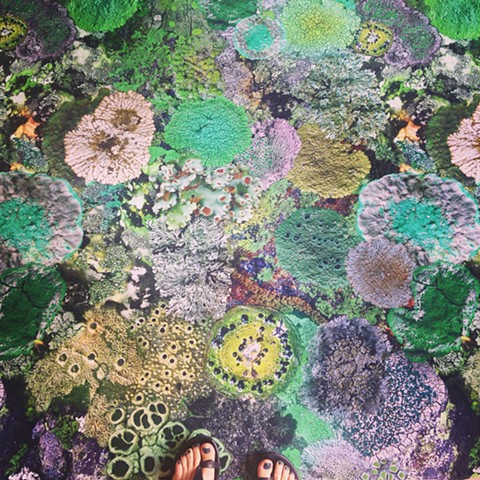 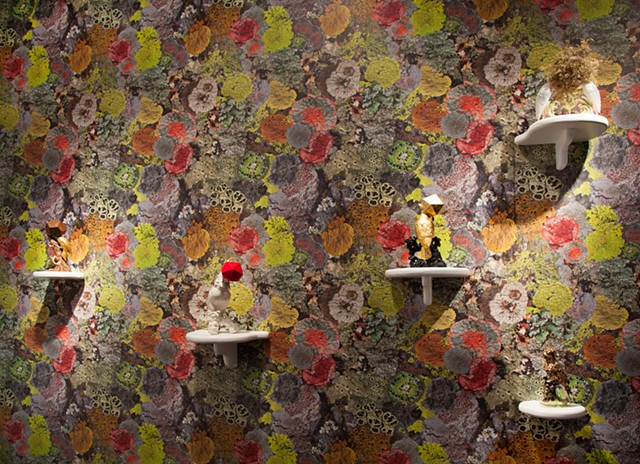 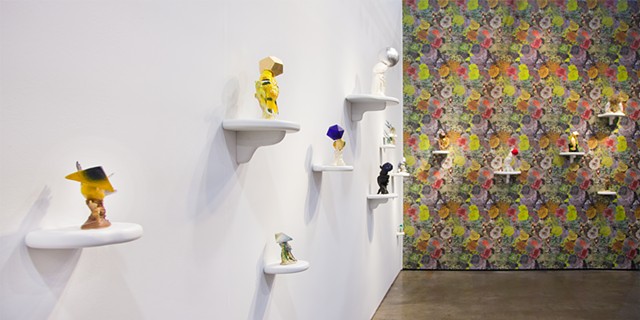 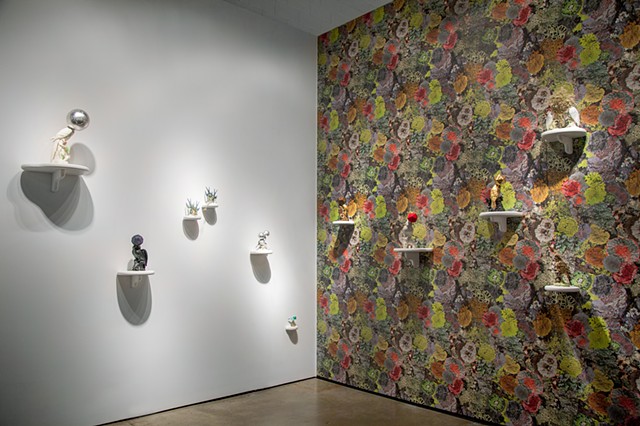 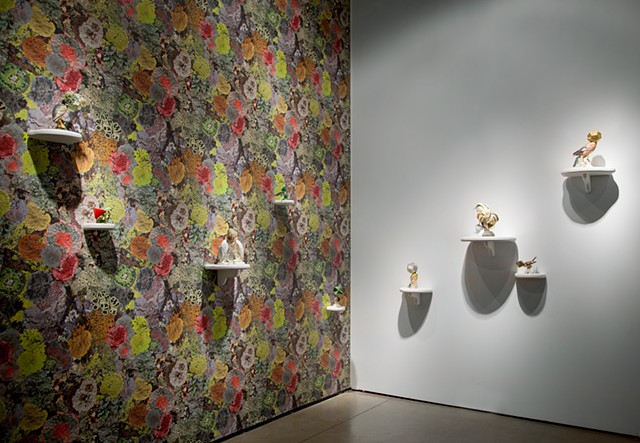 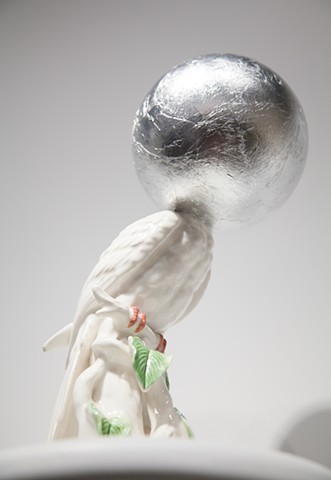 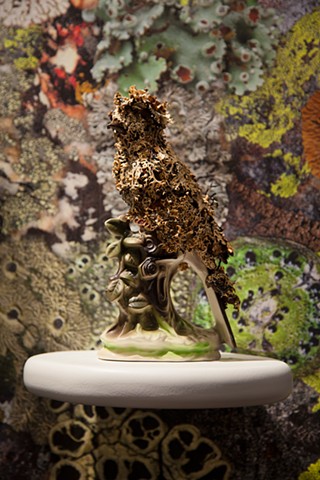 Until the Moss Had Reached Our Lips (Tombstone for Extinct Birds)
Archivally preserved wind-fallen lichen on vintage porcelain bird figurine
10.5 x 5.5 x 5.5 in. 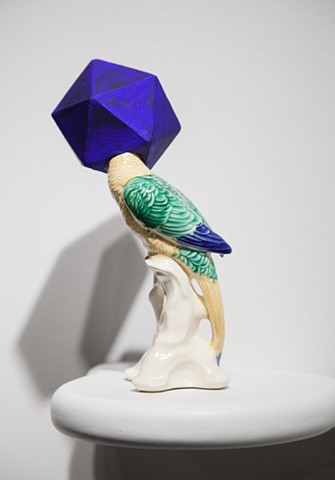 The artist would also like to thank environmental non-profit NRDC and most especially Elizabeth Corr, their Manager of Arts Partnerships, as well Brian Kirkbride, sound artist and Kendler's husband — without whom the project would not have been possible. Deepest gratitude for their support.