Imperial Porphyry is an 'extinct' stone with a deep wine-purple hue. Known only from a single site in Egypt, this exceptionally hard stone became a potent symbol of wealth — and the ability to reach across an empire. Associated with Tyrian purple and therefore royalty, it was reserved for imperial use only during Roman and early Byzantine periods. Porphyry brought Byzantine royalty both into and out of the world, paneling the chamber in which royalty was born, and used for extravagantly carved sarcophagi.

Though the vein was mined-out or lost around 400 AD, Imperial Porphyry continued to obsess powerful men through the ages. In medieval times, Porphyry evoked the lost power of the Caesars and was often used for spolia (Latin for ‘spoils’)—and remade into new objects — to claim its power for new owners. The Medici too, coveted the stone, and Roman Porphyry can be seen throughout the Uffizi.

Wanting to be buried in an Imperial Porphyry sarcophagus, Napoleon Bonaparte sent teams to rediscover the lost vein of stone at great expense — only to be buried in imitation Porphyry. The empire building Victorians, too, loved this symbolic purple stone, and their faux-painted porphyry furniture can be found in contemporary auction houses.

Though this stone traces a path of hegemony, it was a material of the Earth.

In May 2016, at the MCA Chicago , Kendler led a workshop to engage in our own sort of spolia — to create a ‘People's Porphyry’ — remaking this symbol of wealth and empire into one of public beauty and ecological renewal.

Using shredded copies of the Wall Street Journal and Sotheby's catalogs, impregnated with organic beet dye and prairie flower seeds hyper-local to the area where Chicago was built — museum-goers will engage in a gesture suggesting a future where scraps of our current imperialist/capitalist system become the literal growing medium for the seeds of change.

At the MCA, visitors worked with the artist and her assistants to craft hundreds of 'People’s Porphyry’ seed bombs, to take home and spread this vision, as they please through the city's backyards, parkways and abandoned lots.

Watch a short video created by the MCA team to document this project and Herd Not Seen here.

My tongue, every atom of my blood, form'd from this soil, this air - Walt Whitman, Leaves of Grass 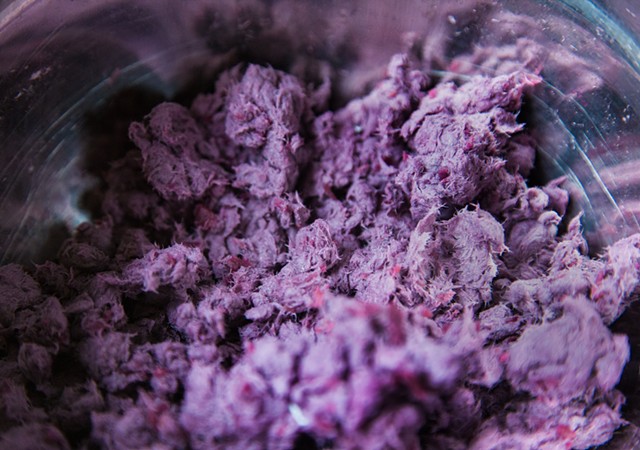 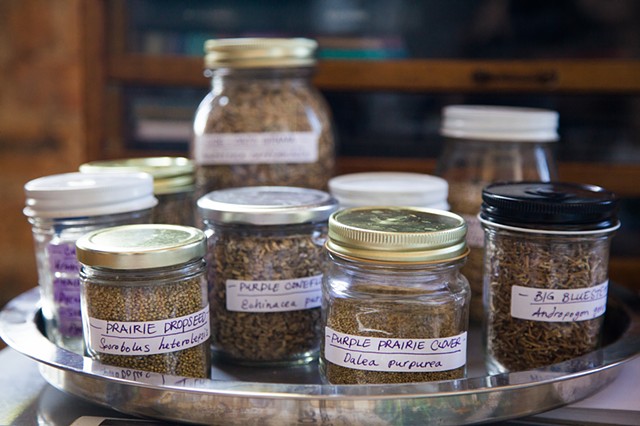 Jars of Chicago-area seeds for the seed bombs 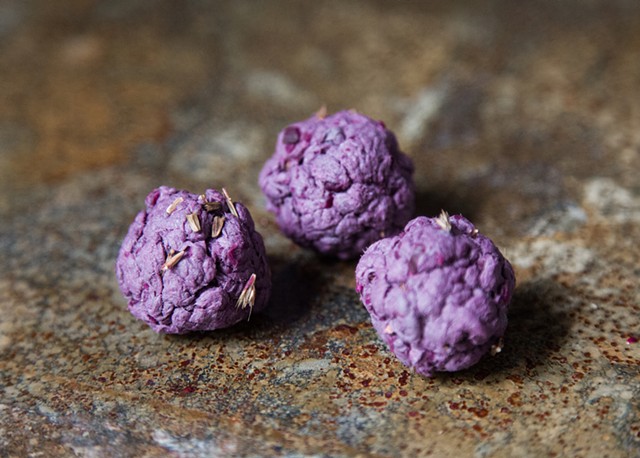 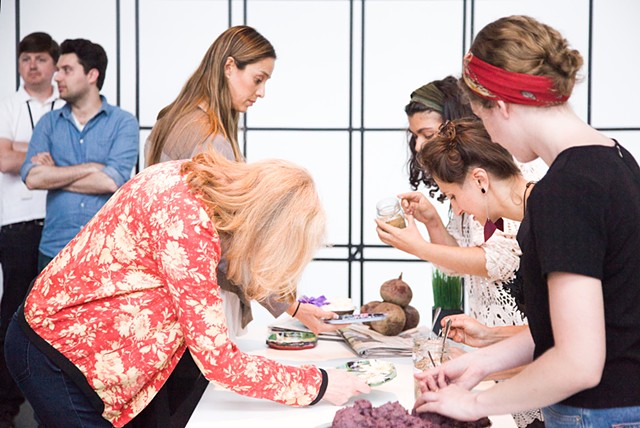 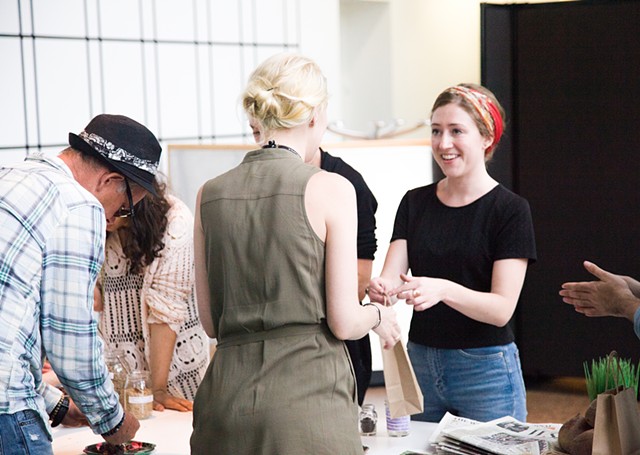