If we are asked to engage with radical generosity—who are we as a society less willing to be generous to than a terrorist? Ted Kaczynski, also known as the Unabomber, sent homemade letter bombs which killed three and injured 23 others. These acts were unforgivable, but perhaps not incomprehensible. Targeting people for their involvement with modern technology, he aimed to disrupt the normative ‘business' of extractive industrial capitalism, which he feared would otherwise destroy the Earth. In the natural world, Kaczynski found the solace he could not find in the human one—and though it is little known, his bombs sometimes contained twigs and leaves. Radical generosity asks us to make space for complex identities. It asks us to take the time to try to understand. It asks us to to recognize the other in ourselves. If we are to work towards radical generosity, then read this passage written by Kaczynski in that spirit, as I did:

“The best place, to me, was the largest remnant of this plateau that dates from the tertiary age. It's kind of rolling country, not flat, and when you get to the edge of it you find these ravines that cut very steeply in to cliff-like drop-offs and there was even a waterfall there. It was about a two days hike from my cabin. That was the best spot until the summer of 1983. That summer there were too many people around my cabin so I decided I needed some peace. I went back to the plateau and when I got there I found they had put a road right through the middle of it...You just can't imagine how upset I was. It was from that point on I decided that, rather than trying to acquire further wilderness skills, I would work on getting back at the system. Revenge.”

My responses to the above were twofold: Twelve scanned pages of Ted Kaczynski’s psychiatric evaluation can be found online. I read this report, faithfully preserving each sentence or phrase which might equally have been used to describe myself, in the order in which it appeared. The remainder of the text has been elided, creating a ‘chance poem’ which asks us to focus not on Kaczynski’s madness, but perhaps on our society’s own. Kaczynski will live out the rest of his days in a federal prison in Colorado, forever cut off from the natural world which he believes he gave his freedom to defend. But like most prisoners, he is able to receive mail. After reading the above passage, I tried for almost three years to write to him, but was never able to articulate what I wanted to say in words. My final letter, which will be mailed to Kaczynski at the conclusion of the exhibition in Denmark, contains only twigs and leaves. 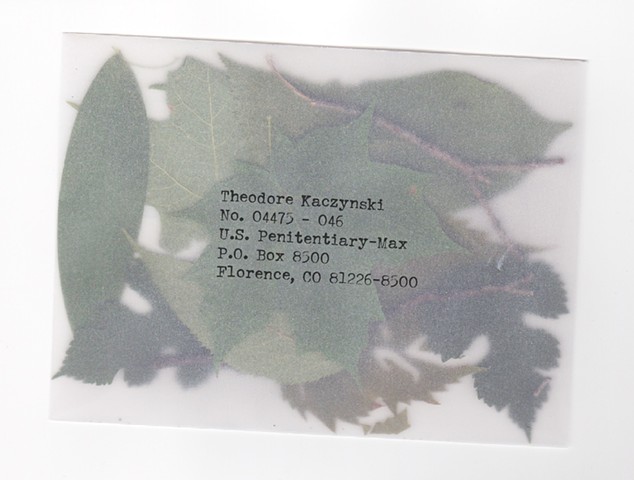 Letter to TK
leaves and twigs from a wild place, vellum envelope 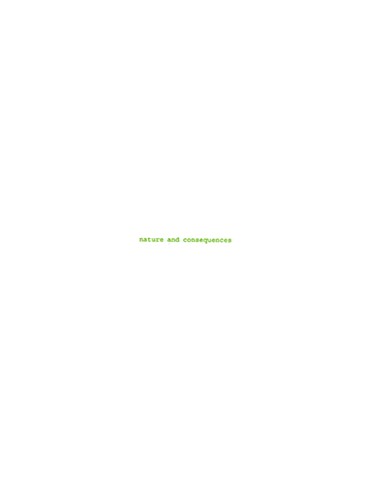 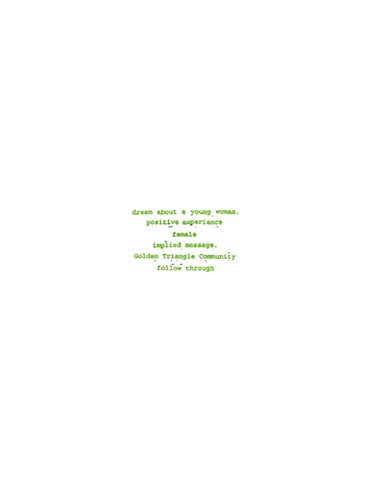 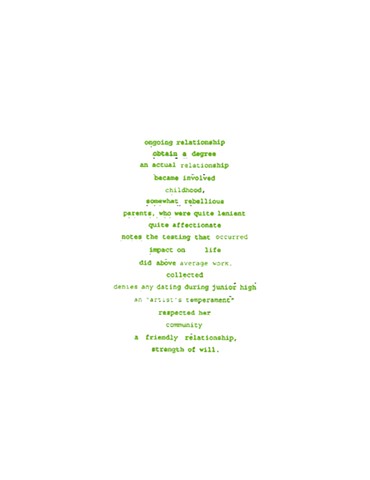 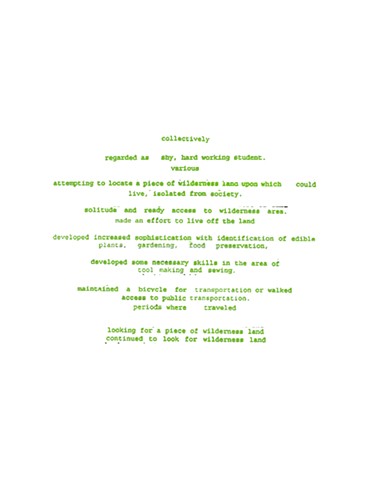 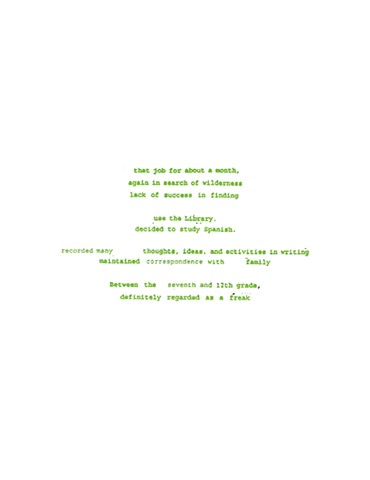 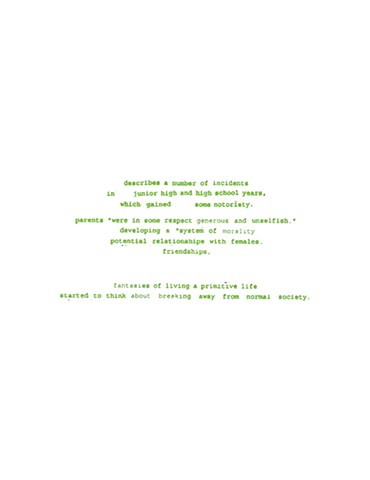 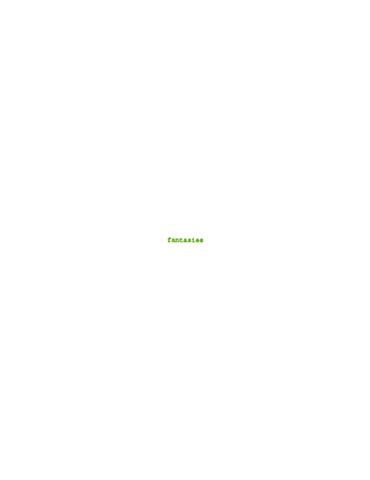 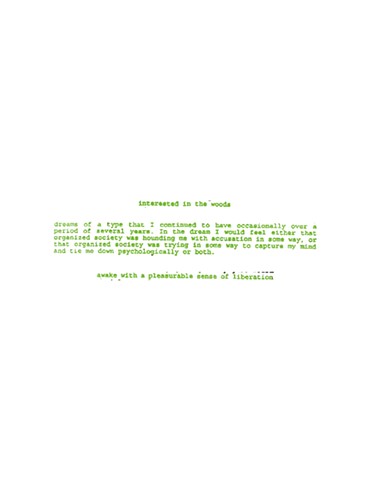 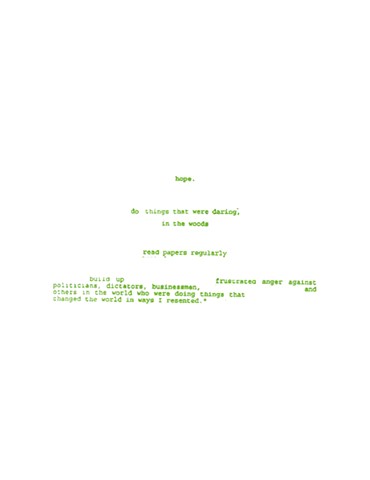 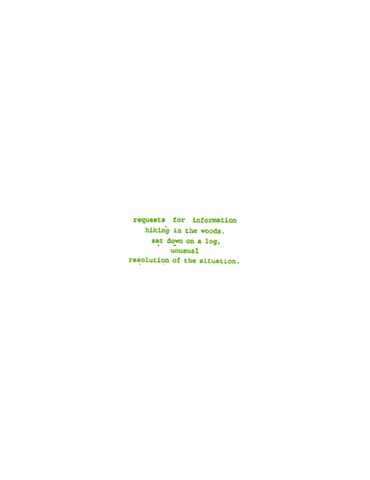 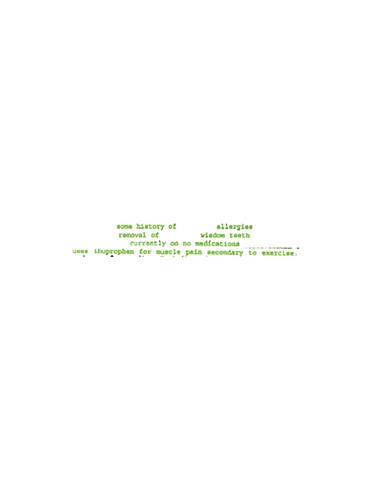 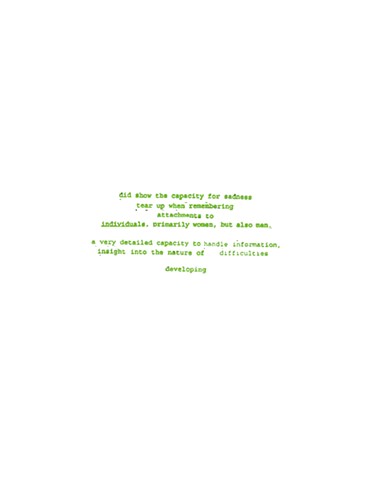 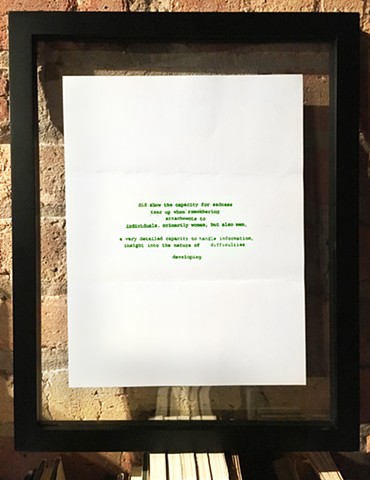