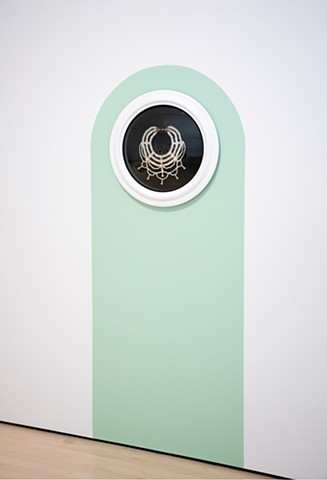 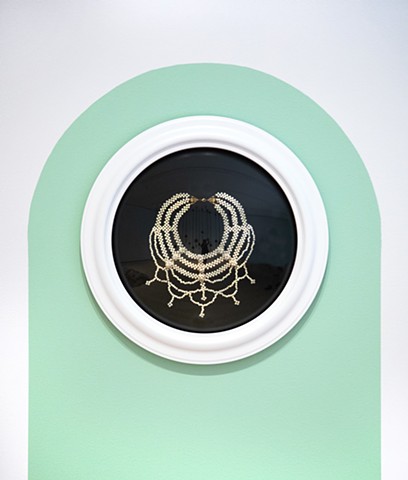 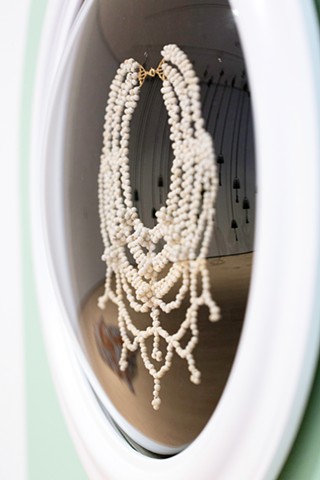 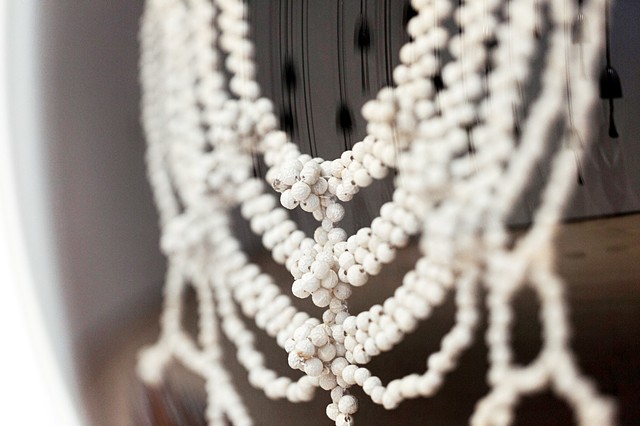 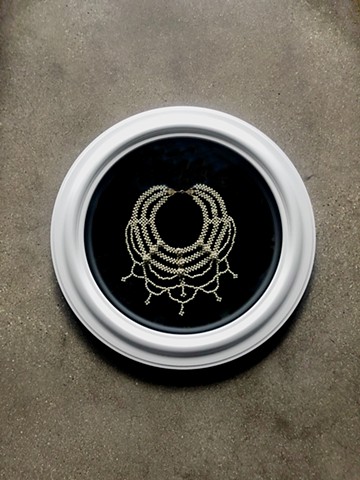 Hackberries (Celtis occidentalis) are common trees, thought to be a good choice for planting in cities, due to their general hardiness, underappreciated beauty and resilience in the face of climate change. In a book by feminist scientist Hope Jahren, Kendler discovered that the scaffold of Hackberry (Celtis occidentalis) seeds are composed of Si02.nH20 or amorphous hydrated silicon oxide—technically the precious gemstone opal. This sculpture takes the form of an heirloom necklace, but with Hackberry seeds where one might normally expect costly gems, provoking the question: What heirlooms will we leave for future generations?

Interestingly, Hackberry seeds also contain high concentrations of carbon-14, making them useful for archeological radiocarbon dating—a valuable technology used by archeologists and paleobotanists to date prehistoric sites—which may be "endangered" due to the ancient carbon released into the atmosphere when we burn fossil fuels. There are fears within the scientific community that radiocarbon dating will no longer be viable as early as 2030—yet another infrequently mentioned threat posed by climate change.

Might we reconsider shifting our systems of value, away from "precious" gems and metals—traditional markers of capital—to biodiversity itself?

In a private collection.