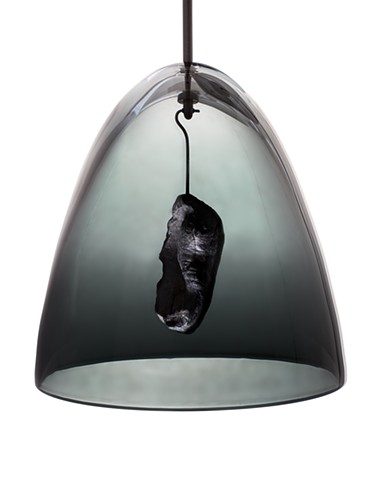 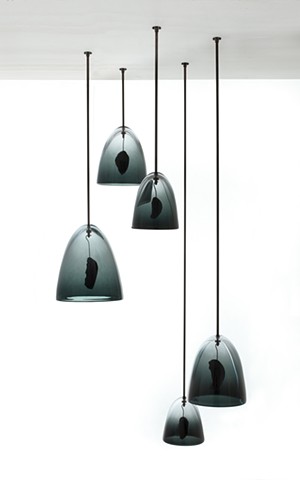 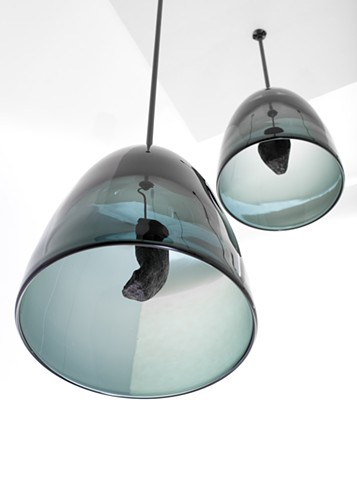 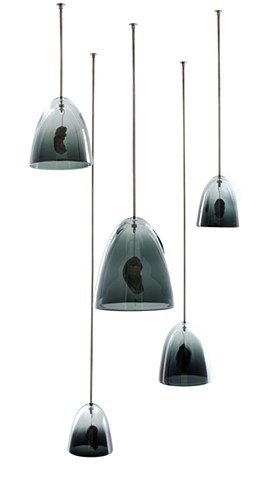 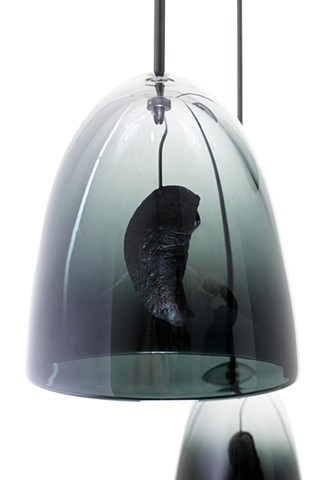 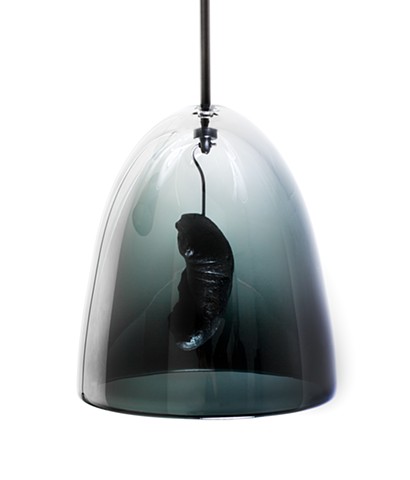 Whale Bells is a collaborative project with Andrew Bearnot.

Humpback whales are known for their haunting songs—a form of rich communication born of an alien acoustic culture—as of yet unintelligible to us humans.

When the 1985 moratorium on commercial whaling was finally enacted, only five percent of humpbacks remained. Though populations have since been recovering, less well-known threats continue: including the significant impact of commercial shipping noise, fossil fuel seismic exploration and military sonar. Humpback’s unique sonic cultures, and the future survival of their species, are jeopardized by this acoustic pollution of our oceans.

Derived from the shape of a spyhopping humpback, each handblown glass bell’s ombré tones enclose a corrugated object, appearing to rise from the deep. These stony bell clappers are, in fact, Miocene Epoch fossilized ear bones: tympanic bullae from an ancient species of rorqual whale related to modern humpbacks. In this way, the part of the ear which once received sound, now creates a new and fragile resonance, a mournful echo, a ghost knell—suggesting a message from these long extinct whales to today’s endangered whales.

The Whale Bells project was inspired by this oceanic palimpsest, where one species’ linguistic song is drowned out by the noisy ambitions of another—offering, instead, a third kind of sound: a collaborative music created across deep time.